2. The name, description (if any) and address of each candidate remaining validly nominated is as follows:

How The West Was Won

Last week the Stornoway Emergency tug was mysteriously withdrawn for the second time in six months, with no indication as yet from the British Government as to when and if it might be restored. This has left a huge area of coastline, with many of the busiest, roughest and most complex seas in the UK, with no emergency cover whatsoever.


To the casual observer, this might seem like a serious blow for the beleaguered people of the Western isles and the North West mainland of Scotland. It would seem to demonstrate the total indifference of the ConDem administration to the needs of this part of the UK, underlining the argument for self-determination. What could be more damning for proponents of the union as they try to persuade Scottish voters to vote no to independence?

Editor's note:
This post was written in late March 2012, following a First Ministers Questions where Johann Lamont brought to the chamber 2 pensioners who had experienced difficulties getting blankets whilst in hospital. This cynical attempt to embarass the covernment backfired completely.

JOHANN LAMONT: Thank you very much, Presiding Officer. Can I ask the First Minister what engagements he has planned for the rest of the day?

ALEX SALMOND: Welcoming the announcement of hundreds of new jobs, and generally making Scotland a much better place to live and work, as per usual.

The SNP Group at Comhairle nan Eilean is saddened by the position statement on RET issued on Monday 19th March 2012 in the name of “all Councillors".


One of the things that makes people tire of the current way things are done in the Comhairle is the lack of willingness to accept the existence of different views that you would expect to be evident in any democratic body.

So when a highly politicised statement goes out during the Purdah pre-election period, supposedly in the name of "all Councillors", based on no more discussion than an email round Councillors on a Friday afternoon with a warning that if you don’t disagree with the wording on a pre-prepared draft text by the Monday lunchtime, the Comhairle will presume to speak for everyone, we know something is wrong.

Sic a Parcel o' Lairds in a Nation. 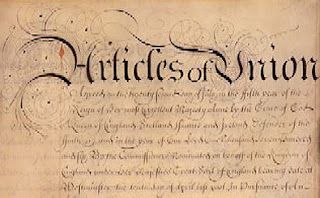 The first quarter of 2012 has seen an unprecedented level of growth in the United Kingdom.


Unfortunately, that growth has been limited to the frequency of outrageous statements and grotesque assertions coming from arch-unionists in support of their anti-independence cause. This is hardly a substitute for economic expansion, but it is still worthy of some analysis.


It is tempting for those disposed towards Scottish independence (and for those currently undecided) to view this phenomenon simply as a cynical tactic intended to “frighten the horses” and lessen the likelihood of a Yes vote in 2014, but this would be an over simplification. Rather, we should attempt to understand from where these stories, and the attitudes which underpin them, are coming.

A Master Class in Labour Spin 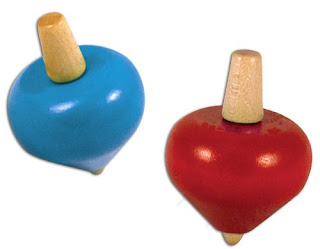 The following is a story which was published in Hebrides News Today on the 2nd of February 2012.


Highlands & Islands Labour MSP, David Stewart, has accused the SNP Government of playing fast and loose with the Air Discount Scheme by excluding business, public sector and charities from the scheme.

The scheme was introduced by the Labour-led Scottish Executive in 2006 to address the social and economic disadvantage suffered by communities across the Highlands and Islands as a result of the high cost of accessing lifeline air services.

However in April 2011 the Scottish Government cut any and all work-related travel from the Air Discount Scheme on the pretext that it was following demands from the European Commission.