How I answered the West Lothian Question 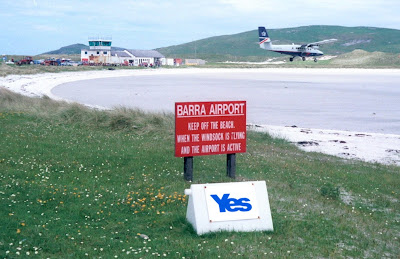 Over recent weeks there seems to have been renewed interest in the so-called “second question” or “third option” on the 2014 independence referendum, at least among the chattering classes. The “Better No” campaign and the separate (but strikingly similar) political parties which form its membership have become increasingly loud in their opposition to the very idea of devo max, and to its inclusion as an option on the referendum ballot paper.


Over the first half of this year, there has also been an attempt by many to define the possible types of devolution which might be on offer. I even had a wee go myself a few weeks ago. The options seem to range from Calman plus, through Devo Plus to Devo Max or Full Fiscal Autonomy, with the Lib Dems muddying the water with talk of finalising their federalist proposals after a century of dithering.


All of these proposals, however, share a single underlying template, no matter how much they may differ in detail or scope. That is, they all involve the continuation of the UK state, with Westminster at its hub, and some power/responsibilities/revenues being devolved (and by their very nature of devolution, devolved temporarily) from Westminster to Holyrood.


Because of this, none of the models so far proposed is particularly radical, and it is not surprising that they should be a little uninspiring as a consequence. They also share the common factor that, beyond the extremely limited shift of powers contained in the recent Scotland bill which will become the status quo by 2015 if Scotland votes No, none of them is capable of being enacted, even if supported by a majority of the Scottish electorate.


This is because each of them requires a majority of UK MPs to vote in favour of their implementation, since devolution is entirely in their gift, and those MPs are extremely unlikely to do so. This will be particularly true in the aftermath of a No vote, which would be seen by MPs as a defeat for the SNP and for the wider independence movement, making them even less sympathetic to the concept of extended powers for the Scots.


In addition, almost all MPs represent English constituencies and even our own Scottish cohort include some of the most vehement opponents of further devolution. No political party, the SNP included, holds a mandate to implement devo anything at all, nor do they appear to have the political will to acquire such a mandate. How then, in the unthinkable event of a no vote, do we ensure that the devolution experiment does not stagnate and die?


Let me suggest the following solution.


There is a growing voice within England for the establishment of an English parliament. The democratic deficit which was so evident in Scotland, and which remains to this day, is now becoming visible south of the border, particularly in relation to the infamous “West Lothian question”. This question is not, as you might suppose, “What is Westminster doing to help keep Halls of Broxburn going?”, but rather, “Why can Scottish MPs vote on English issues when English MPs can't reciprocate?”


The bitterness evident among English MPs has been compounded by the increasing gulf between the quality of public services offered on both sides of the border, particularly since the SNP took over the Scottish Government in may 2007. This has led to louder cries of “subsidy junkies” and a general belief that Scots are being given a superior level of service at the expense of their over-taxed English neighbours.


My proposal, therefore, is that we lobby for a temporary rearrangement of UK government and parliamentary affairs, as a sort of educational experiment.

This would involve shifting the focus of the UK from the City of London to the City of Stornoway.


For a limited period, say a decade beginning in 2015, the UK parliament would move to the Western Isles. After all, Stornoway is in a similar geographic position in relation to most of England as London is in respect to the bulk of Scotland, so this location would seem fair. Additionally, the Hebrides could do with the jobs.


The bulk of civil service jobs would need to move as well, with a great many local candidates being used to fill the gaps left by those who choose not to relocate. As a nod to modernism, some of those posts could be located in Harris or even as far away as the Uists, Barra and Benbecula. Obviously the local communications network would require an upgrade, on the model used to accommodate the Olympics, perhaps.


Proceeds from the residual financial sector in South-Eastern England would be used to build a motorway network between Inverness and Ulapool, and from Ness to Barra. A bypass would be needed around Stornoway itself, so the Barvas Orbital Motorway would be built. The CalMac ferry service to Ulapool would be augmented by a tunnel, le tunnel sous la Minch, connecting Inverness to Arnish by high speed rail link.


The internal structure of the parliament would need to change, of course. 9/10 of MLPs (Members of the Lewis Parliament) would represent Scottish seats, with about half of their constituencies being located in the Hebrides and Northern Isles. A second parliament would need to be constructed in Barra to accommodate the House of Lords of the Isles.


The criterion for membership of this second house would be a highland accent and ownership of a Hebridean croft. Naturally, 30 or so Free Church ministers would be members by right, to ensure that late night sittings on a Saturday evening did not inadvertently overrun.


The Royal family would be rehoused in Kisimul castle, and all tourist flights rerouted to Barra airport. Sand would be imported from Luskentyre to build a second runway in order to cope with the increased traffic. A new gate, to be known as “Angus MacNeil International Airport - Terminal 2, will stop sheep from invading the air strip. It is expected that queues at terminal 2 will be considerably shorter than has been the case at Heathrow.


The Westminster parliament would continue, under its new title of English Administrative Executive Assembly, and would be responsible for selected English-only affairs, upon which people with Scottish accents or wearing tartan of any form would have no right to vote. These responsibilities would include cricket, morris dancing, the upkeep of both Hadrian's wall and the Thames submarine base and the privatisation of public services.


It would receive a block grant from Stornoway to help with its costs, with all income generated in England being surrendered to the Finance Department of the Comhairle nan Eilean Siar.


I am now accepting wagers on the precise number of months into the 10 year term of the Lewis parliament that demands for English independence become audible from the standing stones of Carloway, even over the traffic noise from the Barvas Orbital Mororway.