Atos Healthcare and the Benefits of Union 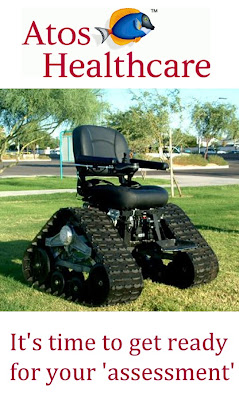 During the Olympics, we were treated to the delicious dichotomy of the world's largest mixed sporting event being sponsored by a fizzy drink manufacturer and a chain of fast food restaurants. Presumably, by associating themselves with the games, both companies saw the opportunity to clean up their reputations for promoting ill-health and obesity. Only time will tell if their marketing money was well spent.


The Paralympics, on the other hand, have raised irony to a whole new level as one of their main sponsors is Atos, the giant French service company which has been contracted by the UK government to reduce welfare costs by removing benefits from millions of sick and disabled people. For most of us, this may well turn out to be a degree of hypocrisy too far.


The Westminster government has awarded Atos a contract worth £400 million under which the company will “re-assess” the ability of sick and disabled people to work. The government, of course, expects to recoup much more than this amount in reduced benefit payments if Atos do their job well. And, from Westminster's point of view, they've been doing their job very well indeed.


Despite repeated denials from ConDem ministers, whistle-blowers from inside the business have been telling of targets for denying of benefits to the needy. Employees who allow too many of their 'clients' to keep their benefits are subjected to review and possible disciplinary action. It seems clear that the intention of ministers is to reduce the benefit budget by a fixed amount, rather than to ensure that those who need the benefits actually receive them.


Bear in mind that this is a policy being implemented by the Conservative-led coalition, with the full approval of their LibDem partners. But it is also a policy which was conceived and initiated by the previous Labour government. It is difficult to see how any voting choice in a UK general election could make any real difference to this policy, since all three main UK parties are so much in favour of it. The die, it seems, is permanently cast.


Can you imagine, however, a government being elected to an independent Scottish parliament with a mandate to follow a policy such as this? Is it even conceivable that a majority, or even a plurality, of Scots would countenance such an obscene demonstration of unfairness and greed – such a betrayal of those in greatest need – such a vicious attack on those least able to defend themselves?


The difference in political philosophy on either side of the border could not be more clearly demonstrated. And the opportunity for each of us to do something about it is coming in just 2 short years.


Vote YES for Scotland's independence in 2014 and say NO to the politics of greed and injustice.